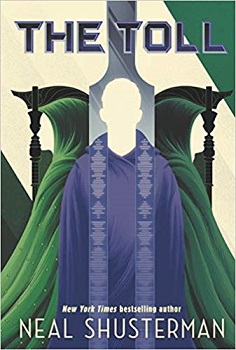 The Toll
Arc of a Scythe Book Three

It’s been three years since Rowan and Citra disappeared; since Scythe Goddard came into power; since the Thunderhead closed itself off to everyone but Grayson Tolliver.

In this pulse-pounding finale to Neal Shusterman’s internationally bestselling trilogy, constitutions are tested and old friends are brought back from the dead.

This series has been a joy to read from start to finish and this final instalment is everything I needed it to be!

One of my favourite things about this book is that the layout is a little unconventional and so it keeps your attention rapt. The story covers a wider length of time than in the previous two books, so the story is split into parts. Each chapter alternates between different characters and what they’re getting up to, prefaced by a snippet of either historical documents related to the chapter or conversations with the Thunderhead. It’s this touch that makes the series so fun to read, in my opinion.

There’s less of a focus on Rowan and Citra in this book, which I appreciate because it means that the story that regards the fate of all of humanity rests in the hands of a larger group of people rather than just two teenagers. Everyone that’s been introduced in the cast of characters has a role to play in this and the clever plotting that the author has laid down reaches an explosive conclusion.

This story contains several dystopian themes, which I find really fascinating. The central one seems to be ‘power corrupts’, and there are so many examples of this throughout the book as well as the ways that some characters are able to wield power without becoming total monsters. The ripple effects of all of the choices of these powerful characters is what causes humanity’s current predicament.

As endings go, I don’t think I could have asked for anything more satisfactory. It was unexpected, suspenseful and leaves room for future stories if the author wants to expand.

This series is something to be enjoyed by readers of all ages (from teens up, it’s probably a bit heavy with all the semi-graphic murder for younger readers even if I totally would have read this before the age of 10), it manages to convey a very complex story and lines of thought in a compelling series of books. 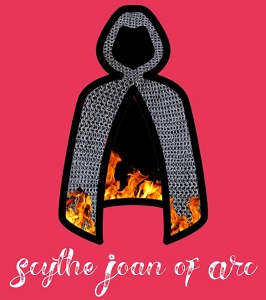