The Writing Life of: June Kearns

This week on ‘The Writing Life of:‘ I am thrilled to be interviewing author June Kearns. June will be sharing with us detail of her writing life, telling us all about her latest book ‘The 20’s Girl, The Ghost and all that Jazz‘, which will be released on 14th November 2013 and answering a few fun questions too.

June Kearns has published two novels, ‘An Englishwoman’s Guide to the Cowboy’ and ‘The 20s Girl’ – both historical romantic comedies, featuring wide, sweeping landscapes and plain-ish heroines, (she has a bee-in-her-bonnet about beautiful ones!)

In a warm corner next to the airing cupboard, she is currently writing a third, set in 1960s London and San Francisco.

A founder member of the indie publishing group, The New Romantics Press, she is also an Independent member of the Romantic Novelists’ Association.

June lives in the middle of England with her husband and family.

I remember copying out pages and pages of Enid Blyton – probably a Famous Five adventure – at around the age of 7. Why would I do that! I must have been trying to see how the author did it, how she put the magic into that story.

After leaving teaching to bring up my own children, (it was what you did in those ancient days!) I took writing courses at the local university. Winning a national magazine competition for the first chapter of an historical novel gave me the confidence to take myself more seriously.

I have a long list of authors who have the same effect on me now, as Enid Blyton did when I was 7, (i.e. how did they do that?) but Anne Tyler is one of my all-time favourites. She’s so quirky and funny and quietly brilliant; she always takes me by surprise. The Accidental Tourist started me off. Someone introduced me to William Maxwell a few years ago, and he’s been another real inspiration.

I used to write in the mornings when everyone else had gone out. Since we moved last year, the new house is never empty. I tend to get up early for a few quiet hours, then just make notes during the day. (Like most writers, I leave scraps of paper covered in scribbled hints, tips and bits of dialogue everywhere.)

I began with pages of long-hand, followed by years of straight-to-computer.

After losing my writing space for a while last year, I went back to longhand, and quite like it. It feels less pressured, somehow.

I still love Colt McCall, the laconic native-American cowboy from An Englishwoman’s Guide to the Cowboy. He was a composite of so many of my early Western heroes from Paul Newman, in Elmore Leonard’s Hombre to Gregory Peck in The Big Country, (and many many more, sigh.)

I plot a bit, then start writing, then repeat the process until the basic premise is set. The plot is constantly evolving, though – and veering off at tangents. 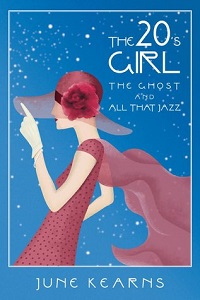 1924. The English Shires after the Great War – all crumbling country houses and no men.

When her jazzing flapper of an aunt dies, Gerardina Mary Chiledexter inherits some silver-topped scent bottles, a wardrobe of love-affair clothes, and astonishingly, a half-share in a million-acre ranch in south-west Texas.

Haunted by a psychic cat, and the ghost voice of her aunt Leonie, Gerry feels driven to travel thousands of miles to see the ranch for herself.

Against a backdrop of big sky, cattle barons and oil wells, she is soon engaged in a game of power, pride and ultimately attraction, with the Texan who owns the other half.

It took over 2 years. (I’m a slow worker, and probably far too pedantic!) There was just something in the air at that time – the anniversary of the Great War, then Downton and the new Gatsby film. My story was partly inspired by ‘Singled Out’ a book by Virginia Nicholson about how two million women survived without men after the First World War. The quotes at the beginning of each chapter were based on things that were actually said to women at that time.

I often have periods of self-doubt! It’s a confidence thing, isn’t it – and crippling to the creative process. How to get over it? I make myself sit down and write, and try to stop being such a self-critical wimp. (I moan a lot, too, and am very hard to live with!)

Gerardina (Gerry) is the middle name of one of my sister-in-laws, after Saint Gerard Majella, the patron saint of pregnant mothers. My lead character was named by nuns in India after being rejected by her mother, and it just seemed to work in the story. It had the male/female ambivalence that I wanted, too.

Coop came in a flash and felt a perfect fit for the hero.

I’d almost prefer someone unknown, but don’t suppose that would make much commercial sense!

So, perhaps Michael Fassbender for Coop, the gritty Texan – and Carey Mulligan (not conventionally pretty-pretty) for Gerry, the 20s girl.

I’m part of an indie publishing group, The New Romantics Press, (all tough critics) and we regularly review each other’s work. A few other friends – writers and non-writers – read for me, too. I’m self-published, so it’s vital to have my books professionally checked and proof-read.