The Writing Life of: Sheryl Browne

This week on ‘The Writing Life of:‘ I am thrilled to be interviewing author Sheryl Browne. Sheryl will be sharing with us detail of her writing life, telling us all about her latest book ‘The Rest of my Life‘, which was released on 10th July 2015, and answering a few fun questions too. This post contains affiliate links.

Sheryl’s new contemporary romance novel was recommended to the publisher by the WH Smith Travel fiction buyer. ‘THE REST OF MY LIFE‘ comes to you from award winning Choc Lit.

When I took leave of my senses. Seriously, writing has always been my passion, but I started writing actual books as a catharsis, in truth.

As a single parent and nursing my mum through early onset Alzheimer’s Disease in my twenties, I needed an outlet. I’m the arty sort by nature but painting not being an option due to time constraints, I started scribbling my thoughts down. It turned out to be a real antidote, because I found I was reflecting on the humour and love in what would otherwise have been a sad situation.

My bestselling début, however… Um, well, it didn’t sell. I think the agent who’d hailed it as such went off in search of Prozac.

Not one to give up, even having reduced an agent to despair, I took inspiration from having got that far and just kept at it, making sure to use every snippet of constructive criticism positively.

I read voraciously – in the words of Stephen King: “If you don’t have time to read, you don’t have the time (or the tools) to write” – and made sure to get my work edited.

Part of my dream was to one day squeeze in a creative writing course. I’m quietly proud of the fact that I finally achieved that and earned my Masters Degree at Birmingham City University. That’s been a real confidence boost.

I write in two genres, romantic fiction and thriller, so I tend to read widely.

Marian Keyes is definitely an inspiration in regard to my romantic fiction. Marian’s books tend to deal with modern ailments, but are always written with compassion and humour.

In regard to my thriller writing, I adore Martina Cole. For me, the magic of Martina Cole’s writing is her fabulously unique way of leading us seamlessly into the heads of her characters: real flesh and blood people we can identify with and get to know.

Some of my recent reads have been by John Donoghue. I like to bring humour into my romantic fiction, but I couldn’t even hope to aspire to the natural wit and humour this author brings to his writing. My first book by John Donoghue was Police, Crime & 999 – The True Story of a Front Line Officer. At the time, I badly needed something uplifting after my partner’s cancer diagnosis and his undergoing various surgeries. You can probably guess then that this author had his work cut out. He succeeded! I laughed until I cried. The book is totally hilarious.

His other books, Police, Lies & Alibis, Shakespeare My Butt and Police, Arrests & Suspects are similarly sidesplittingly hilarious. If I’m ever marooned on a desert island, John Donoghue is coming with me! 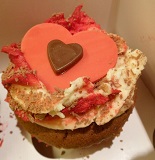 I do fit walking my odd dogs in there somewhere (to work off the energy food!).

Longhand? Aaaargh! I think I’ve forgotten how. That’s not strictly true. I do carry a notebook wherever I go. It has to be computer though.

Can you imagine how writers ever edited anything before the advent of computers? The mind boggles.

Like most authors, I live and breathe my characters. You do almost become them, necessarily slipping into their mind set (male and female).

I think at the time of writing, they are all my favourites. I have to say, though, I’ve never parted company with PC Paul Davis from Warrant for Love. He had a hard time, brought up in care, going through a messy divorce, living in a bedsit, rejected by various publishers, much to the horror of the agent who went off in search of Prozac. It’s a wonder Paul ever managed to turn his life around.

In both genres, my books tend to turn around the hero, looking at the fragility of love life and relationships.

I always seem to start off with a nicely formed man (which isn’t a bad place to start, you have to admit). I used to just go with the flow, but now I find I do tend to plot, having a firm beginning, middle – subject to change – and end. However, you do have to allow the characters, who inevitably have ideas of their own, a little latitude. 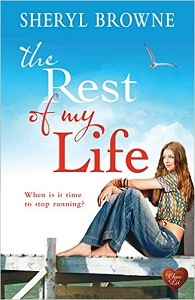 You can’t run away from commitment forever …

Adam Hamilton-Shaw has more reason than most to avoid commitment. Living on a houseboat in the Severn Valley, his dream is to sail into the sunset – preferably with a woman waiting in every port. But lately, his life looks more like a road to destruction than an idyllic boat ride…

Would-be screenplay writer Sienna Meadows realises that everything about Adam spells trouble – but she can’t ignore the feeling that there is more to him than just his bad reputation. Nor can she ignore the intense physical attraction that exists between them.

And it just so happens that Adam sees Sienna as the kind of woman he could commit to. But can he change his damaging behaviour – or is the road to destruction a one-way street?

That’s difficult to answer. It depends on whether you are going the submission route. Obviously agents and publishers receive thousands of submissions so you really do have to be patient.

The writing of a book, though, once I’m excited by an idea I can get the first draft down in maybe three months. Getting that draft to what I consider to be a publishable standard, however, can take anything up to nine months, depending on research required.

If you’re publishing through Kindle Direct, you can get it out there pretty quickly.

I’m at that stage now. I’ve just finished a thriller, entitled ‘Sins of the Fathers’. That’s at the submission stage as I type. To be honest, I find walking my dogs helps, but above all reading.

Other talented authors, as above, never fail to inspire. Also, would you believe, writing interviews? It gets the mind back into writing mode, it having been traumatised by typing THE END. So, thanks, Stacey!

Oh, that’s a real pain sometimes. I can’t write the story unless the characters are christened. It has to be the right name too.

I find searching name databases really useful. You can search most databases online, including historical.

The hero in ‘The Rest of My Life’, though, he was Adam from outset, right there on the page, his mannerisms, his conflicts, his name, his clothes … or lack of. Ahem.

Can I have Aidan Turner for Adam, please, as no one else wants him? Or Kit Harington (Jon Snow in Game of Thrones?). And for Sienna, Emma Watson. Not asking much, am I?

No one in particular – although my son is great on thriller feedback. I do tend to get my work edited if I can.

One of my first manuscripts went through the Romantic Novelists’ Association New Writers’ scheme. The feedback was invaluable and that book is now published.

I’ve since used editors suggested by the RNA. Of course, if I’m stuck on something I can always reach out to FB and Twitter friends, which is a definite plus of social media.