The Writing Life of: Shirley Goodrum

This week I am thrilled to be interviewing author Shirley Goodrum. Shirley Goodrum will be sharing with us detail of her writing life, telling us all about her first book ‘Baggage in a B Cup‘, which was released on 3rd January 2019 and answering a few fun questions too. This post contains affiliate links. 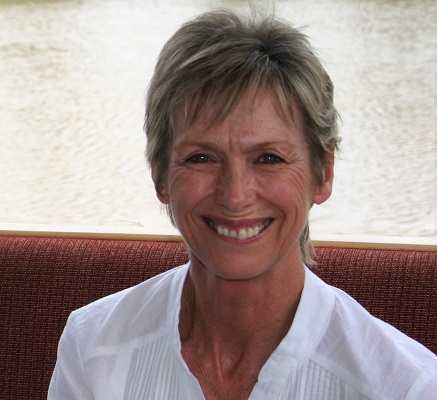 I’ve been a storyteller all my life and became the family scribe the moment I learnt to write, but I never considered writing for a living. When I left school, I was expected to contribute to the household expenses and off to the local bank I went, entering a world of figures and bookkeeping. A dull and deadline driven life? Well, it could have been, but I spiced it up.

I married young, had three children within three years of each other, developed and ran a few businesses, renovated houses, moved twenty odd times, travelled off the beaten track, added in-law children, three grandsons and a granddaughter to my brood and squeezed in writing newspaper and magazine articles and my book, Baggage in a B Cup, which I self-published in January.

My family is my number one passion and I’m still married to my man. We presently live in the country district of Hartbeespoort, South Africa, at least 45 minutes from a large town, in a three generation household where life is cheerful chaos, summertime sunsets demand attention, wood fires roar in winter and the TV is mine when Rafael Nadal plays tennis.

I dreamt of being a nurse, a secretary who smoked cigarettes, a maths teacher, an actor, a brain surgeon, but never ever ever ever a bookkeeper.

My list is HUGE. I’ll name the first who come to mind. Enid Blyton, for the adventures of Noddy and Big Ears, The Famous Five and Secret Seven. Johanna Spyri for the beautiful Alps and Heidi. Louisa May Alcott for Meg, Jo, Beth and Amy March. Sarah Chaucey Woolsey’s for the What Katy Did books. Lorna Hills for the world of ballet in the Sadler Wells series.

Yes and no. I’ve always wanted to write. When my parents passed away, I had lost my middle child, my sister and my brother and I was depressed. Going through my late parent’s deed box I found a plastic packet full of my poems, stories and articles. My mother had kept them all. The very next day I saw an advert for a writing course and knew it was my mom nudging me. I signed up, wrote away my sadness and haven’t stopped writing since.

I seldom have an average day. However, since I’ve been semi-retired a pattern has wriggled in. My hubby is fully retired and a diabetic who needs feeding at regular intervals and I’ve become the snack maker. Having a chronically ill child for twenty-two years taught me flexibility and this is how I approach my writing. It has a way of shaping itself. 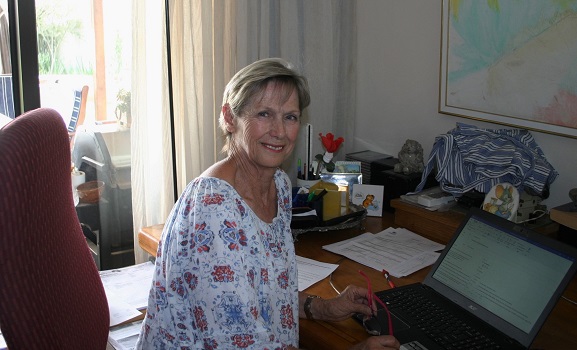 Only one, Baggage in a B Cup, is finished, the rest are works in progress.

I always plot but my characters have a way of sabotaging this and, a few chapters in, I have no idea what’s happening. I guess that makes me a pantser.

Do you wear a size 32B? Pam Richards does. Her bust requires no support but, when her teenage daughter runs off with a convicted drug dealer, comes home pregnant, and her husband, Alex, is locked in clinical depression, she needs propping up.

Buying a black lace bra, she wins a trip for two to Rio, but Alex can hardly get out of bed and onto the shrink’s couch, let alone board an aeroplane. His apathy kills her excitement and she lets her prize morph into a future business itinerary. Her soulmate husband of twenty-years is a distant stranger. Loneliness topples her into a romance and she’s on the brink of an affair.

Can Alex recover and will she wait for him to, or will she slip under the illicit sheets? She finds the answer at the top of a mountain and it takes her breath away.

My mother had put a newspaper cutting in the plastic packet with my writing. That clipping inspired me to write Baggage in a B Cup. I guess she left the research; I knew the story behind the clipping.

The first draft took a few months, then my daughter decided to take some of her art to England and I thought it would be a good idea to tag along and drop off samples of the book at major publishing houses in London. In the week before we left, a quick read over led to rewriting the first three chapters which were favourably received. I had a request from Orion and Curtis Brown to send the full manuscript, but the London opportunity vanished as new chapters refused to link into the first draft. They became a completely different book which took two years to write.

I originally called it Baggage, referring to the troubles my main character faced but, when she bought a size 32B bra and won and overseas trip, I changed the title to Baggage in a B Cup.

Generally, my characters are ordinary people facing extra ordinary difficulties. In Baggage in a B Cup, Pam Richards is flung into a nightmare when her eldest daughter runs away, her husband disappears into depression, her middle child fights chronic illness and her sports mad son and fledgling business sap her energy. Forced to dig deep, she finds the strength to squash her terror, wipe away her tears, fill the hole of loneliness and move forward, one step at a time, to tomorrow.

After missing the London boat, I was thrilled when David Higham expressed interest. I waited for an endless time while they read the transcript and swallowed my disappointment when they didn’t take it on. Nevertheless, I continued to submit queries to agents. My wrinkles and rejection pile grew until my self-published author friends encouraged and helped me upload it onto Amazon in January this year and I’m as excited as a child at Christmas when I receive a good review.

I had started a memoir, but my readers rule. They want to know what happened to Pam Richards and I’m currently writing Keeping Abreast of Baggage.

Shape changing. I could be anything, from an ant to and elephant and everything in between. Imagine the fun I’d have.

We have three cats (one looks like a Norwegian Forest cat, the other two are tabbies) and two dogs (a Sheltie and a small, ugly/pretty pavement special) in our three-generation house. Mine are the shy old tabby, Coco, and the beautiful Sheltie, Frankie. They are beloved and thoroughly spoilt.

I’d be Frans, the gardener who watches the drama of the Richard’s family unfold. I’d be tending the pavement garden, chatting to the passers-by and hoping Pam doesn’t notice the weeds in the flowerbeds.

The Cape coastal town of Plettenberg bay. The Portuguese first named it ‘Bahia das Alagoas’ meaning ‘Bay of the Lagoons’. I love going there, specially out of season, walking the long pristine Robberg Beach is a joy. It is the place that takes care of my soul.

I would like to say a big thank you to Shirley Goodrum for sharing with us details of her writing life and for a wonderful interview.