The Writing Life of: Terry Tyler

This week on ‘The Writing Life of:‘ I am thrilled to be interviewing author Terry Tyler. Terry will be sharing with us detail of her writing life, telling us all about her latest book ‘Last Child‘, which was released on 20th February 2015, and answering a few fun questions too. 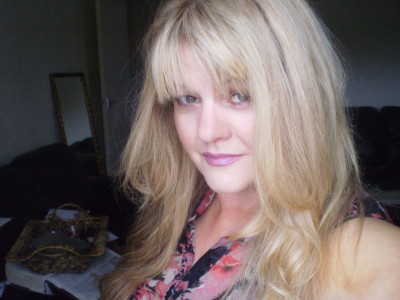 She writes in a mixed up genre of contemporary drama and romantic suspense with a few twists in the tale, and is currently writing a dark family drama (mixed with psychological thriller – yes, she struggles with the single genre thing!). She enjoys reading and reviewing books, and is on the review team for Rosie Amber’s book blog.

Terry lives in north east England with her husband, and loves to binge-watch American dramas like ‘The Wire’ and ‘Boardwalk Empire’ when the writing is over for the day.

She used to be a bit of a rock chick but is more likely to listen to quiet jazz or early 20th century blues these days, and the Jack Daniels has been exchanged for diet Coke and Earl Grey tea.

There wasn’t one moment; I don’t think it happens like that, because you don’t go from never having written/painted/played the guitar, to suddenly thinking "I’d like to be a writer/artist/musician", if you’ve never done anything like it before!

Most people who now publish books (with any degree of success) have been writing in some form or another for years, as artists have always painted, etc. For me, and I would imagine for others, starting to write a first novel was just a natural progression from writing short stories, etc.

Of course there is the person in a million who discovers a previously untapped talent out of nowhere, but most writers have unpublished novels and parts of novels tucked away – that’s our apprenticeship!

I sat down at the kitchen table and started writing. I did make some notes first to work out the plot, and I wrote in longhand, a few chapters at a time, then typed it up on an ancient typewriter – this was in the days before everyone had computers.

I didn’t feel as though I was following my dream, though; I was just doing something I’d always thought I might, at a point in my life when I had the time to give to it and my head was at the right place.

3) Is there a particular author who inspires you?

Tons of them – and many that make me despair, too, because I will never be as good as them!

It was Susan Howatch who gave me the idea of writing from lots of points of view, though, rather than just having one main character all the way through. In five of her books the story is passed on to a different viewpoint at an appropriate time, and I use this format in most of my books. I find it endlessly interesting because you see the events and characters through so many different eyes.

Do you ever see someone walking along the street, or waiting next to you for a train, and think, “I wonder what their story is?” I do—and this is why I like this structure. As an example, in my latest book, Last Child, you see just a snapshot or two of Isabella’s life in Hannah, Raine and Jasper’s chapters, but when you get to Isabella’s own chapter you see inside her head, and, thus, the whole person, not just her as perceived by other characters.

The Rich are Different

I get up, I make coffee, tweet and read/answer emails, then I start.

I stop when I am tired or when I can feel that I’m past my best for the day, or when I have to do other things – you know, all that boring stuff called LIFE that interferes with ART!

Strange habits? No, not really. I write in a corner of the room with the curtains closed, and I can’t write in anything except solitude and silence. I think that’s fairly normal, though.

Oh, I chew nicotine chewing gum all the time – I used to smoke when I wrote, and when I stopped smoking in the house (my husband gave up), I thought I wouldn’t be able to write without it, but the chewing gum works as well. And it means my cigarette consumption has gone down from about fifteen a day to two! 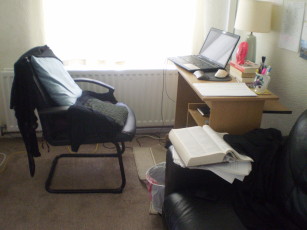 5) Do you write longhand, or use a typewriter or computer?

Straight to laptop. I first bought a dedicated word processor to write my third novel on in 1995, and trained myself to write straight onto a screen instead of scribbling it out in longhand first. I very quickly found it much better, because for the first time I could fiddle about with sentences over and over until I got them just right, in a way that you can’t if you write in longhand or the page would be a mass of crossings out!

I plot them out first, though not rigidly.

When I type ‘Chapter One‘ I know the basic story, and the order of chapters for about the first third. Each chapter will have a paragraph or two of notes. I change my mind about sub plots on the way, and I often think of new ideas while I am actually writing – things that will make the story work better.

Equally often, I think of a new major plot twist halfway through, which means I then have to go back to lay the foundations for it! Ideas always come as I’m writing, and I often start working on one bit then realise it won’t work, so have to give it a re-think.

It always amazes me that some people just start writing and see where it takes them; it must be a nightmare when it comes to editing, to get the continuity right. 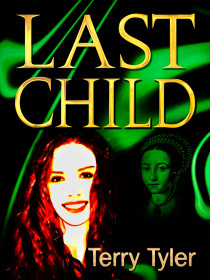 LAST CHILD, is the sequel to ‘Kings and Queens’, Terry Tyler’s modern take on the story of Henry VIII and his six wives.

Harry Lanchester is gone, his legacy passed on to his children:

Thirteen year old JASPER, who views the directors of Lanchester Estates as Harry Potter characters, and finds out that teenage love affairs are no fairytale.

ISABELLA, the eldest daughter; lonely and looking for love, she returns from a holiday in Spain with more than just a suntan.

Impulsive, independent ERIN, the girl of Transport manager Rob Dudley’s dreams, whose priority is not a husband and family, but the continuation of her father’s work.

You will also meet the ambitious Jim Dudley, ex-nanny Hannah Cleveley, Rob’s long suffering wife Amy, and Raine Grey, whose nine days as PR manager for Lanchester Estates have a devastating effect on her life.

I knew I was going to write it half way through its prequel, Kings and Queens. I started doing research and writing notes for it in June/July 2014, and published it in February 2015.

I don’t really know what ‘writer’s block’ is.

I find it immensely hard to start each new novel, but I’m familiar with the process now, and know it’s going to be hard graft until I’m about a third of the way into the first draft.

Sometimes the words don’t flow, if I’m tired or not in the mood; is that what it is? Then, everything can feel forced and sound flat, boring or trite, but it can always be improved upon.

I make myself write at least 500 words during any session, and I write on as many days as it is possible for me to do so.

My usual session is about 2000 words. But that’s only the first draft, of course; I spend about 3 months on a first draft then another 2/3 on the rewrites.

With this particular story I was led by the names of the people from history that mine represent, but, generally speaking, the characters often arrive in my head with their name attached, or if they don’t I try lots of different ones out for before I make my decision.

I choose an appropriate name for the era and social class into which they were born, and also just what feels right for them.

Ooh – that’s a nice fantasy! Evangeline Lily for Erin – how she was in ‘Lost’! Maybe a young Robert Downey Junior for Robert. Oh, go on, then, Robert De Niro as Jim… I know lots of people fantasise about this sort of thing, and even write blog posts about it, but it’s not something to which I give much thought as it is not likely to happen!

The first person to read my books is always my sister, Julia, who is also a professional proofreader, which is a bit handy. So she does a beta read and proofread.

After that another close family member reads them and picks them to pieces…..! That’s all – then they go out to those bloggers who have requested a review copy, and those who have said ‘yes’ when I asked them to review, of course! Then I click the publish button and hold my breath…

I would like to say a big thank you to Terry Tyler for sharing with us details of his writing life and for a wonderful interview.