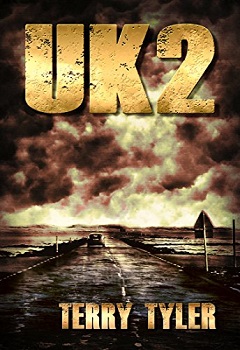 ‘Two decades of social media had prepared them well for UK2.’

The pace steps up in this final instalment of the Project Renova trilogy, as the survivors’ way of life comes under threat.

Two years after the viral outbreak, representatives from UK Central arrive at Lindisfarne to tell the islanders about the shiny new city being created down south. UK2 governor Verlander’s plan is simple: all independent communities are to be dissolved, their inhabitants to reside in approved colonies. Alas, those who relocate soon suspect that the promises of a bright tomorrow are nothing but smoke and mirrors, as great opportunities turn into broken dreams, and dangerous journeys provide the only hope of freedom.

Meanwhile, far away in the southern hemisphere, a new terror is gathering momentum…

‘I walked through that grey afternoon, past fields that nobody had tended for nearly three years, past broken down, rusty old vehicles, buildings with smashed windows. I was walking alone at the end of the world, but I was a happy man. I was free, at last.’

‘UK2’ is the last novel in the Project Renova series penned by best-selling multi-genre author, Terry Tyler.  For anyone who read the previous books some time ago, there is a very helpful recap section which can be read or skipped at the beginning.

Again, we see the action through the eyes of some of the main players and the tale is mostly written in the first person and the present tense.

In common with the previous novels, the underlying theme is one of survival; for some that means working together for the common good but for others, it presents an opportunity for self-advancement.

As much as I enjoyed day-to-day life on Lindisfarne, Tyler needed to move the story along and did so by expanding the role of Doyle at the newly established UK Central in the south of England. He is an intelligent no-nonsense character who is under no illusions regarding the benevolence of those who purport to be building a new functional society for the future.

For the concept of Renova, Tyler draws on parallels from history with undertones from the Nazi programme of lebensborn – the creation of a master race – as we witness the impressionable Flora getting sucked into the Juno Project.  Whilst I still had a soft spot for the original main characters, Vicky and Lottie, I very much enjoyed the development of Flora. Her initial naivety and unquestioning thrill at being chosen, is short lived as her doubts begin to surface.

I confess to always enjoying a story with a juicy hate-figure and Tyler delivers this with the complex duplicitous Dexter, who was already in the grips of an Orwellian fantasy as the self-styled, non-accountable ruler of Lindisfarne. However, his evolution from rebel to collaborator is complete as it becomes clear his ultimate ambition is to inveigle himself with the masterminds behind Renova.

We are reminded that the collective phenomena that make up the natural world are finely balanced and perhaps it was therefore inevitable that Project Renova would encounter a variable it had not anticipated.  This twist is managed cleverly through foreshadowing from a fairly early stage in the book.

Through her three-dimensional characters, Terry Tyler has thrown every conceivable emotion at us from romantic and altruistic love, through to disillusionment and despair, cynicism and ultimately barbaric ruthlessness. She has again given her fans a gripping multi-layered action-packed story which is every bit as strong as her previous work.  I award ‘UK2’ five very well-deserved stars.

Terry Tyler is the author of seventeen books available from Amazon, the latest being ‘UK2’, the third book in her new post-apocalyptic series. She is proud to be self-published, is an avid reader and book reviewer, and a member of Rosie Amber’s Book Review Team.

Terry is a Walking Dead addict, and loves history, winter, South Park and Netflix. She lives in the north east of England with her husband; she is still trying to learn Geordie.