What it Takes by Terry Tyler – Book Review

What it Takes by Terry Tyler – Book Review 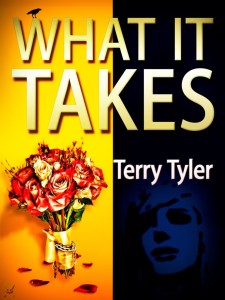 Karen Kavanagh has spent her life feeling like the runt of the family.

He pursues her with the devotion of a stalker – but she pushes him away.

Then she realises what she’s done…

This is the first book by Terry Tyler that I have read, and I doubt it will be the last.

The story is told from the different perspectives of all of the main characters, which isn’t something I usually like, but in this case, rather than different characters going over the same part of the story, the story keeps on moving forward.

Karen, the protagonist, is very intelligent, has good friends, sisters who love her and the perfect boyfriend. Her insecurities about her looks though take president over everything.

She has been in bad relationships before and wonders why Danny is with her. After months together she decides that the relationship isn’t going anywhere and that they have nothing in common. Danny is just a UHL delivery man, not very clever and isn’t her usually type, resulting in her ending the relationship.

I found Karen really quite frustrating, and annoying at times, and also a bit snobby. I really couldn’t warm towards her, even when I knew the reasons behind her insecurities.

Danny, I really liked, even if I couldn’t understand why he lived where he did. He was gorgeous, funny, romantic and attentive – the perfect man. I loved the warmth that he radiated, and could visualise him perfectly.

There are lots of twists and turns and complex situations in the book. I had guessed a few of them, such as Sam’s behaviour, but one major event had me flummoxed and I definitely didn’t see it coming.

The book is the kind that everyone can relate to. It’s not a fantasy book, or a book based on pure imagination. Its about real events that take place in the real world and that’s why its easy to relate to the characters as they are just normal every day people.

The signs of a good book are when you get involved in the characters lives as if they are friends or family. You feel all of their emotions and want to slap them out of their stupor at times, and hug them at others.

The only thing that I personally felt, was that the beginning was a little slow and was hoping that this wasn’t going to be the way the book was all the way through. Then when Danny was introduced, boom, the pace gets going and the story comes alive.

Terry has created a lovely romantic twist of a book, with lots of surprises that I’m sure you will love. 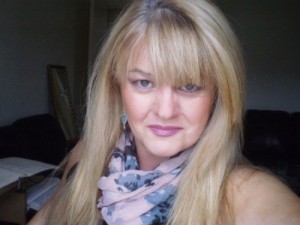