When Life Gives You Lemons by Fiona Gibson – Book Review

When Life Gives You Lemons by Fiona Gibson – Book Review 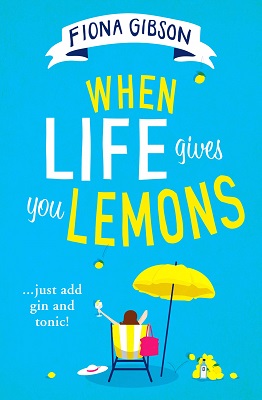 When Life Gives You Lemons

Sometimes life can be bittersweet . . .

Between tending to the whims of her seven-year-old and the demands of her boss, Viv barely gets a moment to herself. It’s not quite the life she wanted, but she hasn’t run screaming for the hills yet.

But then Viv’s husband Andy makes his mid-life crisis her problem. He’s having an affair with his (infuriatingly age-appropriate) colleague, a woman who – unlike Viv – doesn’t put on weight when she so much as glances at a cream cake.

Viv suddenly finds herself single, with zero desire to mingle. Should she be mourning the end of life as she knows it, or could this be the perfect chance to put herself first?

When life gives you lemons, lemonade just won’t cut it. Bring on the gin!

Middle-aged Viv is going through the menopause. Her husband Andy has been less than helpful even though he’s a doctor. He complains about her night sweats and doesn’t want to discuss her symptoms with her.

Viv thinks that it is just because of the menopause he is being unhelpful but when she uses an app on his phone to look at the night sky and messages start coming through from a younger, slimmer colleague she realises that he’s actually been having an affair.

After initially giving the relationship another chance it breaks down again. Viv is determined not to wallow in self-pity though. She is going to make the most of her life because when life gives you lemons, just add gin and tonic!

With so many books focusing on younger women and their relationships or finding themselves within their twenties it is nice to read a book featuring an older woman and to include something that all women will go through at some point in their life, the dreaded menopause.

The book isn’t a soppy or heart-breaker it is a positive uplifting novel about a woman who has been through a marriage break-up but isn’t going to let herself be down about it she is going to turn it into a positive thing.

The book has plenty of one-liners and laugh-out-loud moments that will have you giggling. The cast of characters is a delight to read about too. At a time when people need a pick-me-up, this book does exactly that.

Fiona is an author and journalist who has written for many UK publications including The Observer, The Guardian, Marie Claire, Red, New Woman, Top Sante and Elle. She writes a monthly column for Sainsbury’s magazine and is a Contributing Editor at Red magazine.

Fiona lives in Scotland with her husband, their twin sons and daughter. She likes to draw, run 10k races, play her saxophone and lie in the bath with a big glass of wine, although not all at once. 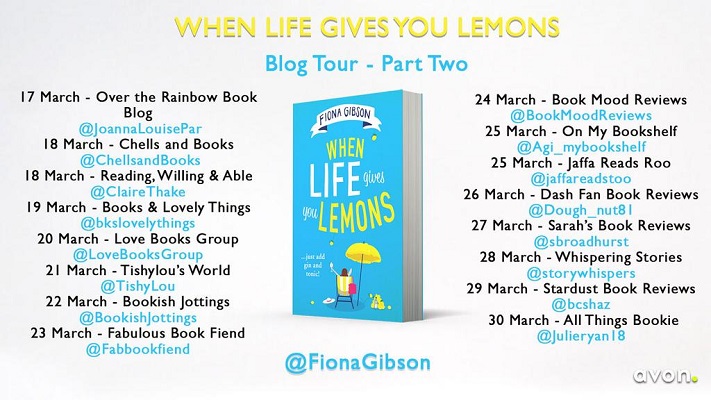 What did you think of When Life Gives You Lemons? Share your thoughts in the comment section below!