The Writing Life of: Catherine Marshall

This week I am thrilled to be interviewing author Catherine Marshall. Catherine will be sharing with us detail of her writing life, telling us all about her latest book ‘Still Water‘, which was released on 10th January 2019 and answering a few fun questions too. This post contains affiliate links. 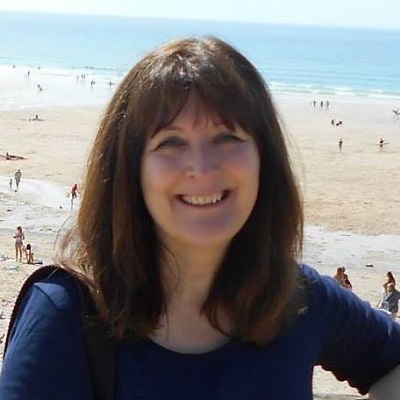 Catherine Marshall was born in Birmingham and studied Literature and Theatre at North Cheshire College. She began writing at the age of eleven and sold her first short stories to Jackie magazine while she was still a student. As well as contributing short stories to a variety of magazines, she has written and published two romantic novels.

Catherine is the author of Masquerade and Excluded and her new novel, Still Water. She is married with two children and lives in Lancashire.

For a long time I wanted to be an actress, then when I was at college studying Drama, I realised I wasn’t actually any good at acting. I had ballet lessons when I was about six but gave them up because they clashed with Jackanory. In retrospect that says it all.

Enid Blyton, whose Five Find-Outers and then Malory Towers books I read voraciously. CS Lewis. Astrid Lindgren. The My Naughty Little Sister books by Dorothy Edwards, which I used to read to my little sister, who wasn’t remotely naughty.

I’d been writing since childhood, every school holiday, every minute, just for my own pleasure, and then when I was published for the first time, in Jackie magazine when I was nineteen, it occurred to me that maybe this was something I could really do. I’ve been doing it with more or less success ever since.

No special routines or word count. I try to complete a scene over a couple of days, from first idea to finishing it. Often I get stuck when sitting at the computer, so I go for a walk or do some ironing so the characters can start talking to me again.

Unpublished – a novel-length ghost story, which I have plans for updating.

As yet unpublished – the trilogy on which I am currently working.

A plotter. I need to know what I’m going to write next, where each scene is going. I find it hard to continue the story if I don’t know that.

Every summer Gil Hunt escapes to the same small town on the Cornish coast. He rents a studio overlooking the bay from Cecily, who owns the café below, and spends his evenings at the bar on the pier or at beach parties with his surf dude friends. Every summer is relaxed and hedonistic and exactly the same – which is just the way Gil likes it.

Except this year, Cecily seems subdued and hankering after change for reasons she cannot or will not explain. Gil, mindful of her restlessness, is distracted by a series of chance encounters with Jemima Gregory, daughter of a local artist. As Cecily spirals away from him and Jem draws him ever closer, Gil’s own actions tie him into a web of other people’s secrets from which there is only the most violent and shocking escape.

I had to spend more time in Cornwall, which obviously was a real hardship. There wasn’t a lot more research to do, beyond technicalities such as Gil’s carving and the rail networks of western Europe, all of which I did on the internet.

About a year. The seed of the idea first came to me on a long road trip, and then it was a year or so in the writing and re-writing process.

It’s from ‘still waters run deep’, which is definitely the case with all the main characters, and I wanted something water-related as it’s so important in the story.

The main character is Jemima Gregory, daughter of a Cornish artist and creator of her own jewellery business. At the beginning of the novel she is recovering from an unspecified trauma and longing for a hero to enter her life. Gil Hunt arrives at the opportune moment; he enjoys hedonistic summers at the beach every year and has no intention of settling down. But Jem strikes a chord within him and they become very close.

Gil’s friend and erstwhile lover, Cecily, who runs a café in the town, seems oddly distant to him this year and has secrets of her own. One of the themes of the novel is loss, and both Jem and Cecily are experiencing that.

After a few near-misses with agents, I decided to self-publish and had some great reviews. Then Sharpe Books expressed an interest in publishing it along with my previous two novels.

A family-saga trilogy, set in the 1960s, 70s and 80s. It’s quite a departure from psychological thrillers, but it’s the story I’ve been waiting decades to write.

I would love to be casting! But a cameo role – hmm. Atlanta Fox, the shopkeeper to whom Jem sells some of her jewellery, I think. It’s a short but pivotal scene in which Jem starts to regain her confidence.

St Ives in Cornwall. I try to go every year and aim to retire there, one day. It’s where Still Water is notionally set, though I don’t name it in the novel because I wanted to create locations there which don’t exist in reality.

“Is trying to sell this book driving you quackers? Come and pitch to me instead.”

I would like to say a big thank you to Catherine Marshall for sharing with us details of her writing life and for a wonderful interview.