The Writing Life of: Chantelle Atkins

This week I am thrilled to be interviewing author Chantelle Atkins. Chantelle will be sharing with us detail of her writing life, telling us all about her latest book ‘The Boy With The Thorn In His Side – Part Three‘, which was released on 10th February 2019 and answering a few fun questions too. This post contains affiliate links. 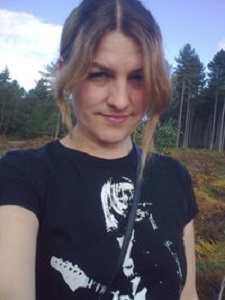 Chantelle Atkins was born and raised in Dorset, England and still resides there now with her husband, four children and multiple pets. She is addicted to reading, writing and music and writes for both the young adult and adult genres.

Her fiction is described as gritty, edgy and compelling. Her debut Young Adult novel The Mess Of Me deals with eating disorders, self-harm, fractured families and first love. Her second novel, The Boy With The Thorn In His Side follows the musical journey of a young boy attempting to escape his brutal home life and has now been developed into a 6 book series.

She is also the author of This Is Nowhere and award-winning dystopian, The Tree Of Rebels, plus a collection of short stories related to her novels called Bird People and Other Stories. Her next book Elliot Pie’s Guide To Human Nature was released through Pict Publishing in October 2018. Chantelle has had multiple articles about writing published by Author’s Publish magazine.

Yes, writing and/or working with animals. I wanted to be a writer for as long as I can remember and was always writing small stories about animals. Animals were, and still are, my other passion, and I desperately wanted to work at the RSPCA! I do work a few hours a week as a dog-walker, pet-sitter which I absolutely love, and as well as writing my own books, I run a Community Interest Company called Chasing Driftwood Writing Group, so I feel like all my dreams came true.

Richard Adams, because I just adored Watership Down and it was one of the books that really inspired me to write. As I entered my teens though, I became a huge Stephen King fan.

Yes, by age 10 I was set on it, so perhaps the idea was growing a few years before that. I used to write and illustrate stories about lost and abandoned animals. I still have some of them!

Now that my youngest child is in full time school, I have a lot more time to write and work in the day. Before, I used to do the bulk of it in the evenings after his bed-time. Now I split my days between dog-walking, work for my company, and actual writing . I don’t have a word count aim, but I do keep to-do lists in a notebook and always focus on the more important tasks, so days can really vary.

I do like to make sure every day includes actual writing, as well as company work. I write in my room, next to the window, with a cup of tea or coffee on the go, and my two dogs keeping me company on the bed!

I have 7 books published, and two more about to be published very soon. I have three unpublished novels which are all in various stages of being ready.

A bit of both. I usually get the characters first and the plot starts to grow once I get an idea of who they are and what their problems are. Once I have too much in my head I start jotting notes in notebooks, and when I actually start writing the first draft of a book, I have the notebook handy and tend to have planned a few chapters ahead all the time. But things do change, a lot, and I do like to see where the characters take me. 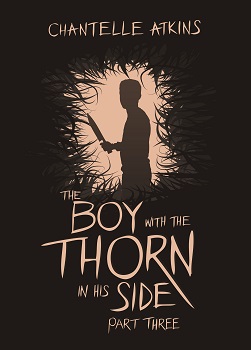 “Nevermind is playing on my Walkman, in my ears, in my head. I am lost inside the music of yesterday. I have placed the knives around my clothes just like I did before. I have drunk some wine and listened to some music. I am ready.”

Howard has pushed Danny to the brink, and now he has only murder on his mind. Anthony, however, disrupts his plans and offers an alternative. If Danny accepts Howard’s job offer, he can work undercover, and finally get Howard convicted and out of their lives.

Desperate to please Anthony, Danny agrees to become what Howard wants. His employee, his son and his protégé. But his new life as a drug dealer is fraught with danger and the temptation of narcotics is too hard to resist. To play his part, Danny must distance himself from his friends, and as his drug use escalates, his grip on reality begins to slip.

When a devastating truth is revealed, both Howard and Danny hurtle towards a final brutal climax, where revelations, betrayals and the thin line between love and hate will determine who survives.

This next book is the third in a six part series. For this particular part I had to research heroin addiction, some police procedures and some details to do with running a nightclub. I did this all online.

I started writing this book as a screenplay last year, probably around the start of 2018. Basically, a few years back I published a long book in two parts; The Boy With The Thorn In His Side, and followed it up with a sequel called This Is The Day. That was meant to be the end of it, but the characters would not leave me alone and I started to get ideas for a whole new book and set of storylines that could slot in between the first book and its sequel.

I wrote it as a screenplay first because it was fun and quick and I sort of hoped it would put me off actually doing anything about it. But the screenplay took over my life and became a total obsession and I knew then that I had to write this book properly. The best way was to unpublish the other books, revise and revamp them, and then re-release them, before book three. It has now evolved into a six book series, with book five written in rough and book six plotted. So, I guess the answer is about a year!

When I wrote the original two-part book, it took me ages to think of a title, but because the main character is such a huge music fan, I always had to have music on while I wrote, and one day it came to me that The Boy With The Thorn In His Side by The Smiths was a perfect title. The main character and his stepfather are the protagonist and antagonist in the books, and they are both a thorn in the side of the other.

Yes, Danny is the protagonist and the books are written in the first person, but from multiple POV. So, parts 1-3 are written from Danny and his stepfather Howard’s POV, and the last three books have added character POV. Danny is a very messed up kid due to the poor relationship he had with his mother, that resulted in her marrying a very controlling and powerful local nightclub owner, Lee Howard.

To begin with, it appears the two battle each other constantly and Howard enjoys making Danny’s life a misery in more ways than one. But as the first three books progress, we learn more about Howard’s childhood and their relationship becomes very intense and complex. Danny is a music fan,devoted to his girlfriend Lucy and his two best friends Anthony and Michael. He is a self-destructive person at times due to everything he goes through, and he has a real weakness for drugs. He gradually becomes a different person due to Howard, and Howard also changes because of Danny.

Next is releasing parts three and four of this series. I am also doing final edits on a YA novel called A Song For Bill Robinson which I also hope to release in 2019. I am also working sporadically on a short story and poetry collection, but I’m in no hurry to release that, and I am also writing a YA post-apocalyptic series, although that has taken a bit of a back seat lately!

Flying, definitely. I am so envious of birds!

Yes, quite a few. I have two lurchers, Tinkerbelle and Skipper, who are getting on a bit now. We also have gerbils, rats, guinea pigs, chickens and ducks.

Either Getting There or At Least I Tried, because I do tend to say both of those things on a daily basis!

I think I would be bar staff in one of Howard’s nightclubs and I would serve a drink to Danny.

I would like to say a big thank you to Chantelle Atkins for sharing with us details of her writing life and for a wonderful interview.