The Writing Life of: Chris Bridge

This week on ‘The Writing Life of:‘ I am thrilled to be interviewing author Chris Bridge. Chris will be sharing with us detail of his writing life, telling us all about his latest book ‘Girl Without a Voice‘, which was released on 20th March 2018, and answering a few fun questions too.

So without further ado I’ll hand you over to Chris 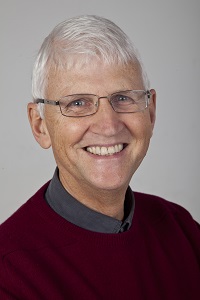 Chris Bridge was born in Hull in 1947. He studied English (and Philosophy) at Nottingham University. His career has been in teaching, eventually becoming Headteacher of Huntington School, York.

In 2006 he was appointed a National Leader of Education. His first novel Back Behind Enemy Lines was published by Peach Publishing in 2014. It has received considerable acclaim and was listed for the Historical Novel Society Indie Prize. It rose to be 7th in the Amazon Australian Best sellers list and 173rd in the UK list. In February 2017 his first collection of Poetry, Walking Through, was published by Graft Poetry.

Chris lives in North Yorkshire and can frequently be found working as a volunteer on the Operations Team for the Yorkshire Arboretum, where he is also a Trustee.

I stammered badly as a child so a whole range of careers were, I thought at the time, impossible. But words that I could rarely say, often sang to me. I remember the whole of my school was compelled to watch a film of T.S. Eliot’s Murder in the Cathedral. They were bored. I was entranced.

My mum loved Beatrix Potter and read those tales to us. I loved Winnie the Pooh, but I quickly moved onto adult books. Was it the dullness of being locked up in boarding school all weekend that made me a voracious reader? I don’t know. By 17 I’d read everything that D.H. Lawrence ever published, (every novel, novella, letter, poem or essay) as well as most of Thomas Hardy, Dickens, Shakespeare etc. I was a weird child.

I didn’t let myself realise this until I retired from my profession as teacher and then headteacher. Until then I wrote furtively, mostly poems, really just for myself, although I did write school plays and a school musical called Cotton On. That was special because we took up to the Edinburgh Fringe and sold out! Two ex-pupils are still in touch with me from that time. The Scotsman compared me with Brecht. I liked that.

I retired ten years ago. I’d had an idea for a novel in my head for a long time so I wrote it. It was about a conman who became a headteacher and I called it Adding Noughts to Zeros. The title was the best thing about it. It was poor and no agent was interested. Later I split it into two separate novels, both also still unpublished. Three novels later I was beginning to get the hang of what it really means to write.

Meanwhile rejection letters were piling up. (I always find naming characters difficult. Most of my unpleasant characters are named after those who rejected me!) I got lucky with Sheil Land. Sonia Land read part of Fun-da-mental and, on that basis, agreed to read Back Behind Enemy Lines. Failing to find a mainstream publisher, she published it herself.

For ten years now I have written between 1 and 2 thousand words a day. I write first thing in the morning before a late breakfast. I start by reading over what I wrote yesterday. I’ve learnt to recognise that if I don’t like what I read I will write better today.

Mugs. Before I start to write a new novel I buy a new coffee mug. It takes time to find the right mug and yet there’s no obvious link with what I am writing about. Back Behind Enemy Lines was written with a mug of Glencoe’s 3 sisters. There was no connection in subject matter whatsoever, but I had to drink from that mug when writing that novel. Girl Without a Voice was written with an RSC mug I bought in 2016. If my present Go Away I’m Writing mug is unwashed the next morning I rescue it from the dishwasher and re-use it. If you don’t understand this, then nor do I.

Computer every time. I love navigation panes and the ability to make instant changes. I quickly learnt to date and save everything so I can always go back to what I changed.

I have had two novels published out of a total of seven I’ve completed. Three others are quite good. I hope to publish them soon.

I think it’s important to be both. I start with a notebook and a writing plan already split into chapters. The same note book has notes on characters, their age, appearance, mannerisms etc. So I can stay consistent. Before I start writing I have to know where I am going, but I never actually follow all of the plan. In writing Girl Without a Voice for instance at one point I wrote a scene that shocked me. It was something I hadn’t planned but somehow my characters had got to this point and the whole book turned and was all the better for the new direction. If your characters change your direction you know the book is alive.

All of them. The reviews have always been good. My favourite was an Australian who wrote that he read books to send him to sleep, that the process usually took fifteen minutes. With my novel it didn’t work: he had to keep reading. Professional reviews like yours always teach you something about what you’ve written. 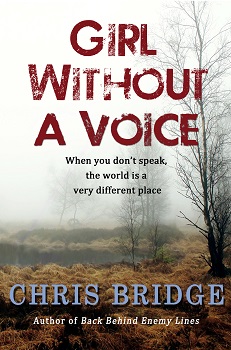 Childhood trauma robs Leah of the power of speech and forces her to be a watcher on the margins of society. But when her mother goes in search of the child she gave up for adoption, Leah is tempted out of the shadows.

At first Patrick is everything she could hope for from a half-brother, but is he too good to be true? Leah makes a shocking discovery that leaves her with a moral dilemma and the need to take on not only her half-brother but the ruthless cult he belongs to.

Nearly 4 years. I began Girl Without a Voice in November 2014. It was published March 2018. In that period I rewrote it several times. I dropped or transposed whole sections. I changed it from the past to the present tense to make it more immediate.

Names are incredibly difficult. They have to ring true. My main character is called Leah. It speaks of her being unloved and unregarded. It’s biblical which hints at something in her mother’s past. I needed a name for an unsuccessful second-hand bookseller so he became Martin because it’s a run-of-the-mill name that does not call attention to itself. The mother is Isabel (another Bible name) but I shortened this to Izzy because it’s like dizzy. Leah calls her mother Izzy which tells you a lot about their relationship.

Leah is mute. Childhood trauma robbed her of the power of speech. She exists on the margins of society. Even her family take no notice of her. But she is highly intelligent and, because she never speaks, she is a close observer of others. This makes her the perfect narrator. She has also developed the ability to listen to buildings and feel their mood. She loves her mother, but the secret she discovers will ruin her mother’s happiness. That is her dilemma.

Martin is Leah’s lover. They have wordless sex together. In him I created a confused young man who lives his life through books. These two have an uneasy partnership. When Leah’s world slips out of joint I wanted to set two of the least likely characters to try to set it right.

The prelude, the act of bullying that strikes Leah dumb right at the beginning of the book. So much depends on it. Beginning are always tough.

My agent suggested it. I wanted to call the book Long Lost. In the ITV series the discovery of a long lost member of the family always brings joy and no one asks if they will be added into the will or upset the balance of family relationships. I thought it would be interesting to send a wrecking ball of a lost child into an already dysfunctional family.

Yes. Both. I rely on Sheila my wife and Patrick who is a good friend and nothing like the character in the book who bears the same name.

I sent it to my agent. She loved it the moment she read it. I have her email on my wall.

I worried if anyone would read it or like it. There isn’t a celebratory moment.

I’m just finishing the sequel to Girl Without a Voice. It’s called Putting on Shoes. It features the same characters. The tile comes from what Mark Twain said: A lie can travel half way around the world while the truth is putting on its shoes.

Katie Melua, Call off the search

‘Don’t look at me like that. The heron ate your goldfish.

You can find out more about Chris Bridge by visiting the website/social media sites below.

I would like to say a big thank you to Chris Bridge for sharing with us details of his writing life, and for a wonderful interview.