The Writing Life of: Christina Hoag

This week I am thrilled to be interviewing author Christina Hoag. Christina will be sharing with us detail of her writing life, telling us all about her latest book ‘Skin of Tattoos‘, which was released on 16th August 2016 and answering a few fun questions too. This post contains affiliate links.

Christina Hoag is a former journalist for the Miami Herald and Associated Press. She was a foreign correspondent in Latin America for nearly a decade, writing for Time, Business Week, Financial Times, New York Times, Sunday Times of London, Houston Chronicle and other publications.

Her noir crime novel Skin of Tattoos (Martin Brown Publishing, 2016) was a finalist for the Killer Nashville Silver Falchion Award for suspense, while her thriller Girl on the Brink (Fire and Ice YA, 2016) was named to Suspense Magazine’s Best of 2016 YA list.

She also writes nonfiction, co-authoring Peace in the Hood: Working with Gang Members to End the Violence (Turner Publishing, 2014), a groundbreaking book on violence intervention used in several universities. Christina makes her home in Los Angeles.

I always wanted to be a writer. I won a prize for “writing interesting stories” when I was six years old. In high school, I discovered journalism so I knew that’s what I wanted to do as a career. I’ve written fiction on and off my whole life.

Enid Blyton, absolutely! I devoured her books. In my teens, I read tons of Agatha Christie and I loved gritty books like “Go Ask Alice” by Anonymous and “The Outsiders” by S.E. Hinton.

In high school, I discovered journalism so I knew that’s what I wanted to do as a career. I’ve written fiction on and off my whole life. I’ve really spent my whole life writing in one form or another.

I’m definitely a morning writer. My best stuff comes when I’m fresh so I really organize my day around that. I get up early and get going. I like to stop writing early afternoon and attend to emails, marketing stuff, errands and so on. I try to write 1,000 words a day. Sometimes I make that goal, others I don’t. 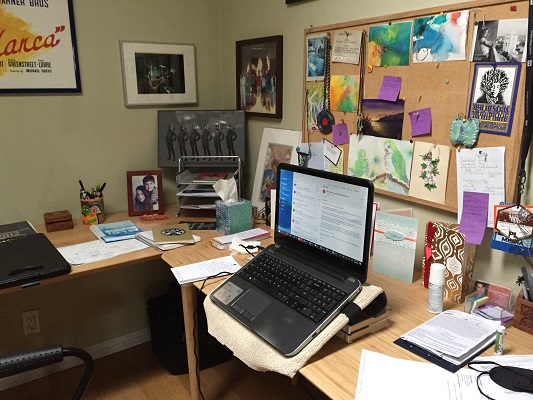 I’ve had two novels published, and I’m working on two more – both YAs. I also self-published a short detective mystery called “Angel’s Lust.” I’ve got a bunch of unpublished bits of novels in various folders in my laptop. I’ve also published short stories, essays and poetry.

A bit of both. I’ve learnt, the hard way, that it’s best to write with some type of outline first, to know where you’re going, at least have some type of ending in mind. I’ve done the “winging it” thing and ended up completely lost in the story with no exit, like getting trapped in a labyrinth. I’ve since found that periodically mapping out the next scenes is very helpful. Of course, characters can take you on unexpected journeys, which is great, so you have to be flexible. 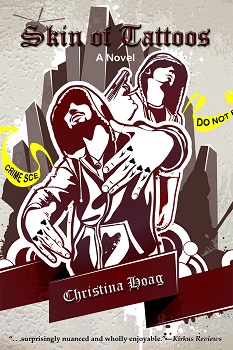 Los Angeles homeboy Magdaleno is paroled from prison after serving time on a gun possession frameup by a rival, Rico, who takes over as gang shotcaller in Mags’s absence. Mags promises himself and his Salvadoran immigrant family a fresh start, but he can’t find either the decent job or the respect he craves from his parents and his firefighter brother, who look at him as a disappointment.

Moreover, Rico, under pressure to earn money to free the Cyco Lokos’ jailed top leader and eager to exert his authority over his rival-turned-underling, isn’t about to let Mags get out of his reach. Ultimately, Mags’s desire for revenge and respect pushes him to make a decision that ensnares him in a world seeded with deceit and betrayal, where the only escape from rules that carry a heavy price for transgression is sacrifice.

Much of it was done in the context of my job as a journalist. I was able to interview gang members, their girlfriends and parents, as well as numerous sociologists and other experts who study gangs, and police officers who work in gang units. I also read a heap of books about gangs. I also had the benefit of co-authoring a book on gang intervention.

Years. It’s hard to come up with a definitive answer because I took a lot of breaks along the way and wrote other stuff, but I’d say two solid years of writing at least.

“Skin of Tattoos” refers to the Magdaleno’s gang tattoos. The book is about him wanting to break away from his past but he finds he can’t leave it behind so easily, just like he can’t get those tattoos off so easily. His past, like the ink, is embedded in him. He’ll never fully be able to step out of gang life.

The main character is a 20-year-old dude named Magdaleno, He really struggles to do the right thing, but his pride and ego get in the way. He’s just so humanly flawed. I also love the antagonist, Rico, even though he’s a bit mental. He’s like that because of his childhood, therefore I have a great deal of sympathy for him. My characters are usually a mix of someone I know, of me and my imagination.

I had two agents on two versions of “Skin of Tattoos.” Neither one sold the book, so when I got the book back the second time, I revised it, cut it a bunch, then sent it out to small publishers myself. I finally got a publication offer on it.

I’m working on two YA novels. One, “Between the Lies,” is about a girl who witnesses a crime and must decide whether it’s the right thing to do to come forward about it. The other, “Jungle,” is set in the Amazon about a girl who must find the man who stole her parents’ scientific research.

I’d love to be able to read people’s minds. For a day, it’d be fun, anything longer than that, I think I’d go bonkers!

Taking Leaps! I’ve always taken leaps in my life and even though the result wasn’t always exactly what I expected, I always landed well anyway.

I’d be a TV news presenter. I always wanted to do that but wound up doing newspaper journalism instead.

Anywhere remote, wild and exotic like Patagonia or the Australian outback. Mongolia and Tibet are high on my to-visit list!

“You’re my absolute favourite author and I’m optioning any your books to make them into films and TV series!”

I would like to say a big thank you to Christina Hoag for sharing with us details of her writing life and for a wonderful interview.