The Writing Life of: Duncan MacMaster

This week on ‘The Writing Life of:‘ I am thrilled to be interviewing author Duncan MacMaster. Duncan will be sharing with us detail of his writing life, telling us all about his latest book ‘Video Killed the Radio Star‘, which was released on 26th July 2018 and answering a few fun questions too.

So, without further ado I’ll hand you over to Duncan MacMaster 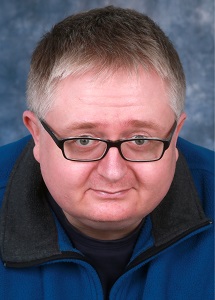 Duncan MacMaster is a writer, pop-culture blogger, and film school survivor from the untamed wilds of Eastern Canada.

When he’s not concocting plots for Kirby Baxter to unravel he’s posting rants and rages about the business behind pop-culture on his blog.

Originally, a starship captain, but when I was five I was told we didn’t have faster than light space travel yet, so I figured I needed to do something else. Then I saw a “making of” special about The Empire Strikes back and thought: “Oh, I would LOVE to write and direct movies.”  That is still with me, I even have a film degree, writing crime novels was a something I kind of fell into.

I was a pretty advanced reader when I was a kid, and from the beginning I was big into Arthur Conan Doyle’s Sherlock Holmes stories, but I was also a voracious reader of the speculative fiction of Ray Bradbury, Arthur C. Clarke, and Isaac Asimov.

I’m not sure, but it was apparently seen by others when I was very young. In my primary reading class we had to take turns reading a story about ducklings swimming in a pond. When my turn came up, I embellished the story with a German submarine showing up in the pond and the ducklings being rescued by Allied commandos. My teacher wasn’t amused, asked me why I did that, and I said: “It needed some excitement.”  I’ve been writing things my whole life.

I read a lot, and I wrote a lot. A lot of comedy writing early on, jokes for stand-up comics (no one you’d have heard of), comedy sketches for stage, radio, and a disastrous TV pilot. I was also writing screenplays, a lot of short stories, mostly SF, articles about movies and pop culture, and collecting a massive amount of rejections.

Well, I have to get my duties as the chief caregiver for my parents done first. So after I get the morning’s responsibilities taken care of, I get down to writing. I aim for about a thousand words as a daily minimum goal, breaking whenever my caregiver duties come up. After dinner I’m usually making notes on my next project on my iPad.

Not really. I figured that if I got something published in another genre, I might use a modified version of my name, so readers can know what to expect, but so far that hasn’t happened yet.

Aside from frequently procrastinating from work to make bad jokes on twitter, or drinking too much Coke Zero, not really.

Being old enough to have tried all three I have to say that I prefer writing on the computer. Because I’m a compulsive re-writer. I’m constantly changing things as I go. Something I can’t do very well on a typewriter. I used to do notes for future projects by hand, but I find myself using Scrivener on my iPad more and more for that.

I have reams of unpublished material. Over a dozen un-produced screenplays, tons of comedy sketches, as well as some novels in various stages of creation. I did self publish some material, including a sci-fi superhero satire called JOE AVERAGE, some short stories, and a thriller novella called MINDER that I’m kind of fond of.

I’m somewhere in between. I like to follow the classic rules of fair play in mystery writing, where I need to build a structure where I can plant my clues, and my misdirections, let my red herrings swim, but often while writing, the story will go off in adventurous directions I originally didn’t plan for. But outlines aren’t written in stone, so I adjust them accordingly.

I do read as many reviews as I can find, and, thankfully, I don’t get many negative reviews. The few I do get often leave me wondering if they actually read the same book. After dealing with rejection for so long, I developed a hide like a rhino and stopped being bothered by negativity. 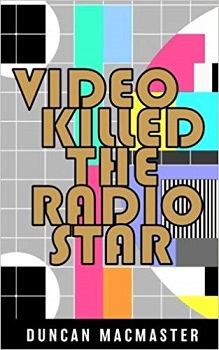 Money in the bank and his dream girl on his arm – life was looking pretty sweet for Kirby Baxter.

Of course it couldn’t last. Where would the fun be in that? This is a sequel after all.

After solving the murder of a movie starlet the previous year, Kirby is doing his best to live down his burgeoning reputation as part-time Interpol agent and amateur sleuth.

Million Dollar Madhouse is a reality TV show where a bunch of washed up celebrities are thrown together in a dilapidated mansion while their attempts to renovate the building are broadcast 24/7 for the viewers delight.

When one of the cast members turns up dead the local police turn to the only celebrity detective in town for help and draft an unwilling Kirby into their investigation.

The first body is only the beginning of another rip-roaring adventure for Kirby Baxter and with Gustav his loyal driver/valet/bodyguard/gardener//chef/ass-kicker at his side, our hero plunges into the fray with his usual stunning displays of deductive reasoning and sheer bloody luck.

A little more than a year and a half I think. It took me about six months to conceive, outline, and then write VIDEO KILLED THE RADIO STAR, then a few months of editing, first by me, then by my publisher, and then we unleashed it upon an unsuspecting world.

Different ways. Some are hidden easter egg type references, or my own private little jokes that I wonder if anyone catches. The rest are more or less chosen at random, and if they don’t suit the character as I write them, I change the name to something more appropriate.

I can’t really boil it down to one specific scene being hard to write. Ironically, my emotional scenes tend to be written fairly quickly, because I’m basically acting like a court reporter, letting the characters speak for themselves. However, action-heavy scenes: chases, fights, crashes, etc., are a lot of hard work. Mainly because I want them those scenes to be an immersive experience, which means a lot of choreography, and a lot of combing the little details one might encounter during such an event. It takes a lot of planning, and nitpicking to get it done right.

It was a rare moment when the title came to me first. After A MINT CONDITION CORPSE’s acceptance by Fahrenheit Press, I was working on different ideas for what Kirby Baxter and his friends could do next. While shopping for groceries the song VIDEO KILLED THE RADIO STAR played on the store’s speaker system and I was hit with an idea of a talk-radio host being murdered, literally, by television.

Not really. I’m my own harshest critic, and I find letting friends and family read something in progress creates undue stress that I don’t need.

After many years of rejection I submitted my first Kirby Baxter novel A MINT CONDITION CORPSE to Fahrenheit Press, which was very brand new at the time. A week later I got an email from the head honcho, Chris McVeigh, telling me that he was halfway through it, and asked if I had any plans for a sequel. I said yes. After that Fahrenheit published my second novel HACK, while I was writing VIDEO KILLED THE RADIO STAR. I submitted it, they accepted it, and I started work on my next project.

Usually after the first draft, I take a few days to outline the next project, before I start rewriting and editing. When I hit the final draft, that point where my eyes are bleeding from going over every single word for the hundredth time, I ship it to my publisher, and start working on the next project.

I’m editing a sequel to my second novel HACK, called HACKED, where my ghostwriter turned amateur detective Jake Mooney has an action packed adventure in Hollywood. I’m also developing a third Kirby Baxter mystery that will take him deeper into the hometown that he always treated as a refuge from murder and mayhem.

Hmmm… judging from my appearance you would know that I have many, but there is one I consider a real indulgence: General Tao Chicken. Whenever I’m in a Chinese restaurant it’s the thing I always order, it’s also the one thing I have yet been able to successfully make at home.

It used to be The Godfather, but I’ve always had a fondness for the British sci-fi/horror film Quatermass & the Pit, aka Five Million Years To Earth. For some reason I find watching it strangely relaxing.

David Bowie’s “Look Back In Anger.”

A comfy house with lots of bookshelves in a good sized city.

You can find out more about Duncan MacMaster by visiting the website/social media sites below.

I would like to say a big thank you to Duncan MacMaster for sharing with us details of his writing life, and for a wonderful interview.