The Writing Life of: Fiona Mitchell

This week I am thrilled to be interviewing author Fiona Mitchell. Fiona will be sharing with us detail of her writing life, telling us all about her latest book ‘The Swap‘, which was released on 18th April 2019 and answering a few fun questions too. This post contains affiliate links. 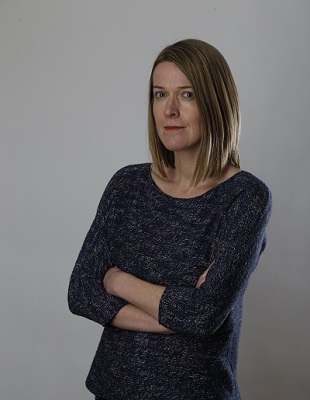 I started writing fiction in 2011, but writing has been part of my life for years, first as a journalist on newspapers and a news agency, then as a features editor on women’s magazines. Before all that, I read English Literature at the University of Sussex.

Journalism fed my urge to write, but whenever I went on holiday, out the notebook came and I’d start planning a novel – a different one every time. I ended up crumpling all of these ideas into the bin.

It was only when I moved to Singapore where I noticed the challenges facing domestic helpers there that I started to write a novel. This time I didn’t give up. The result was The Maid’s Room.

The Swap is about two women who undergo IVF only to discover three years later that their embryos were inadvertently mixed up and they have each given birth to the wrong child. One of the women wants to swap the children back, the other doesn’t.

At the moment, I am working on my third book. I am also an editor for the Blue Pencil Agency, as well as being a reader and editor for a number of leading literary agents.

I’m a cheerleader for struggling writers too. I had stacks of rejections before my wonderful agent Rowan Lawton took me on. So if you’ve just received yet another rejection from a literary agent, hopefully you’ll find lots here to inspire you and help you carry on writing.

When I was a child I wanted to be an air hostess. I was 11 when I went on my very first flight, travelling alone to Edinburgh where my mum met me. The flight attendants looked after me so well and gave me chocolate, and I decided that this was the job I was destined to do. I especially wanted to be the person who stood up and pointed out the emergency exits.

My favourite reads were apocalyptic or spooky books. I loved Z for Zachariah by Robert C. O’Brien where a girl believes she’s the last survivor of a nuclear war. Another favourite was A Visit to Folly Castle by Nina Beachcroft in which a girl called Emma gets to know Cassandra and her sinister family. There was something so mesmeric about that book.

In my early twenties, I started writing some really bad short stories and the first chapters of several novels that never saw the light of day. At 27, I went into journalism and that really fulfilled my need to write. It wasn’t until I moved to Singapore for almost three years in 2009 that the novel bug took hold properly.

My writing is taking a bit of back seat to editing at the moment. I work as an editor for a couple of agencies, so spend a lot of time doing that. But on the days that I manage to write, I try to do 1,000 words at the very least. How productive I am depends on what stage I’m at with the writing.

The first draft for me is hell and I will do just about anything to avoid it – snacking, cleaning, looking at the internet. Once I’m onto the editing stage though, my concentration is much better. Editing is my joy – whether it’s editing my own work, or other people’s.

I’ve written two books. The first is The Maid’s Room which centres around a blogger writing about the exploitation of domestic helpers in Singapore. My second book, just published, is called The Swap. Two women undergo IVF, then more than three years later discover that their embryos were mixed up and they’ve been bringing up each other’s children. One woman wants to swap the children back, the other doesn’t.

I’m a bit of both. I come up with a central idea, draft a rough plot and start writing. What usually happens is that once I’ve discovered who the characters are, the plot changes entirely, but everything usually (hopefully) comes together in the second draft. 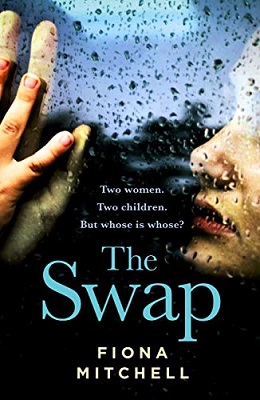 Two women. Two children. But whose is whose?

When two strangers, Tess and Annie, undergo IVF at an American clinic, their embryos are mixed up and each woman gives birth to the wrong child.

The women only discover the devastating error three years later. Tess wants to swap the children back; Annie doesn’t. As the pair wrangle, neither of them expect what unfolds.

I discovered that a friend – a fantastic nurse called Sue – is related to Doctor John Webster, one of the doctors who delivered Louise Brown, the first ‘test-tube’ baby. I was lucky enough to interview John about some of the ideas that feature in my book.

I then interviewed Professor Judith Daar, Chair of the American Society for Reproductive Medicine Ethics Committee who kindly shared her knowledge of reproductive technologies and law with me. I also found a fascinating PhD thesis on IVF mix-ups and read lots of books and articles about the subject too.

It took about a year to write The Swap. I was focused because I had a contract and a deadline to reach. I found it slightly easier to write than my first book, probably because The Swap centres around two main characters rather than three-month.

It was an obvious title to go with because The Swap sums up what happens in this book perfectly – two embryos are swapped by mistake.

Tess has all the trappings of a middle-class life, but she doesn’t ever feel as if she fits in. Her behaviour is controlled, but there is an anger simmering beneath her surface. She hasn’t yet come to terms with what happened in her past, and her three-year-old son Freddie takes the brunt of that.

Annie is cheerful, clumsy and artistic. She is positive and kind, and a terrible hypochondriac. She’s a joy to spend time with.

I had to overcome lots of obstacles to get a publishing deal. I had about 25, if not more, rejections from literary agents and rewrote my first book numerous times before literary agent Rowan Lawton took me on. I was very fortunate that Kate Howard, Fiction Publisher at Hodder & Stoughton, loved my novel and signed me for two books.

I’m writing a third book. I can’t say what it’s about other than it features quite a lot of sex!

I would like to be able to teleport. What an environmentally friendly way to travel, plus I could see my lovely friends who live overseas all in one day.

Captain Chaos – which is what my husband calls me. My handbag is full of old receipts and shopping lists, and I’m quite often the last parent at my daughter’s school to hand in forms that need filling in.

That is such a good question. I’d play the nurse in the opening scenes who is the first to suspect that Tess’ child is not genetically hers.

Anna Maria Island in Florida which is where The Swap is set. Think white sandy beaches and a laid-back vibe. I love it there.

‘Er…….’ I live right beside the Thames, so we quite often get ducks in our garden, but ones in a baseball caps? Never.

I would like to say a big thank you to Fiona Mitchell for sharing with us details of her writing life and for a wonderful interview.