The Writing Life of: Jake Cross

This week I am thrilled to be interviewing author Jake Cross. Jake will be sharing with us detail of his writing life, telling us all about his latest book ‘The Family Lie‘, which will be released on 23rd April 2019 and answering a few fun questions too. This post contains affiliate links.

Jake has been making stuff up from a real early age, always with a dream of publication. It took a long time, a lot of rejection, and a bunch of dead end jobs.

He has three children of his own. So far none of them has shown the writing bug, but he thinks that’s because they have dreams of careers that aid those in need. Or maybe it’s just Netflix and Angry Birds. 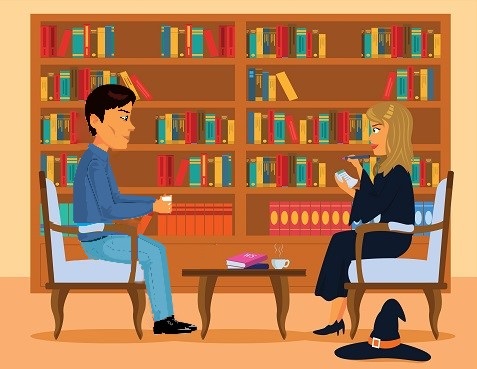 Superhero, which is probably what all kids want. Then you learn how unlikely that is and decide you want to be an astronaut. No? At around the age of ten, I somehow got the writing bug and decided I wanted to be an author. It took, er, a while.

I have been a Stephen King fan since I was a kid. Clifford Simak, James Herbert and Kenneth Ireland were also guys I read and enjoyed. Books for kids never really appealed to this kid.

My dad started a postal writing course. I still have no idea what that entailed, but I wanted to impress my dad, and he wanted to write, so I wrote. But he never read any. I didn’t show anyone my work until I was sending it out to publishers at about age fifteen.

Typically I drop the kids at school and start typing away. I used to write with a laptop on the arm of a sofa. Then the dining room table. Now I have a tiny desk in the bedroom. Somewhere in the future there might be an actual office.

I’ve got two books out, with Bookouture. There’s some self-published dross out there, but we don’t talk about that. And of course there’s unpublished work: you stumble and fall before you can run.

I plot. Truth be, it’s my favourite bit of writing. Plotting is telling the story; writing is glossing that tale up for people to (hopefully) enjoy. 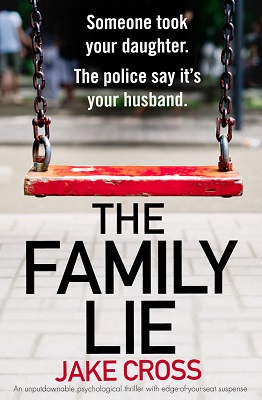 You whispered goodnight to your daughter. You didn’t know that would be your last goodbye.

You wake up in the middle of the night.

Your five-year-old daughter is gone.

Your husband is nowhere to be seen.

Your family think he took her.

But he wouldn’t do that, would he?

He’s a loving father. A loving husband. Isn’t he?

The day Google was invented, every librarian felt faint. Google and Google Earth, and some dusty corners of my memory vault.

The start of this book, The Family Lie, was loosely based on some old screenplay I wrote and dumped in a drawer back in 2011. Ideas usually ferment over years, until I have enough to consider that I could make a novel out of this thing. The book I’m writing at the minute is something I actually started writing/thinking about at least twenty years ago.

I signed a book contract! Don’t think too hard about your titles, fellow writers, because you’ll be bidding goodbye once you have a publisher. But this is a good thing, since my titles are usually silly. The Family Lie was originally called Dead Hours.

People like characters who are normal, everyday types dumped into trouble. That’s who we have in The Family Lie.

I think I got lucky getting my contract. An unpublished novel impressed an assistant agent at a literary agency, who contacted me two years later. By now she worked at a top publisher, so she was willing to give my work another look.

I was so impressed by Bookouture that I sent them a second novel while the first was being considered, and it was this second book that they decided to go with. I’m always indebted to Natalie because she edited my book in her spare time to get it ready to pitch at an acquisitions meeting.

I am editing a third book, completing a fourth, and planning many more. Including a superhero story. Yeah, that one will be a vanity project and I’ve already got a dusty drawer picked out for it.

I’ve not travelled much, but would love to. I’ve left it late so in order to visit all the places I’d like, the power of flight much be cool. Maybe twinned with an invisible force field, because there would be a lot of airspace invading.

No pets. Years ago there used to be cats. Lots of cats.

One of the bad guys. Someone with few lines, because I can’t act. I’d write a new scene set on a Malibu beach, just for my character.

“There’s no such dish as chicken à l’orange, so what’s really in the oven?”

I would like to say a big thank you to Jake Cross for sharing with us details of his writing life and for a wonderful interview.