The Writing Life of: Janet Few

This week I am thrilled to be interviewing author Janet Few. Janet will be sharing with us detail of her writing life, telling us all about her latest book ‘Barefoot on the Cobbles‘, which was released on 17th November 2018 and answering a few fun questions too. This post contains affiliate links.

Janet Few inhabits the past. You may find her lurking in her four-hundred-year-old North Devon cottage, or spot her thinly disguised as the formidable Mistress Agnes. This alter ego is a goodwife of a certain age, who leads a somewhat chaotic life during the mid-seventeenth century. One way or another, most of Janet’s time is spent working to inspire others with a love of history, heritage and the written word.

In a vain effort to support her incurable book buying habit, in the past, Janet has been known to pull the odd pint or two, sell hamsters and support very special schoolchildren. Somewhere along the way, she acquired a doctorate in community history ‘for fun’. Janet has an international reputation as a family historian, giving presentations across the English-speaking world. She has written several non-fiction history books but Barefoot on the Cobbles is her first published novel.

Any time that Janet can carve from her history-obsessed existence, is spent embarrassing her descendants, travelling and trying to make her garden behave itself. Janet is fascinated by human behaviour, past and present, real and fictional. She loves the wonderful Devon landscape and leading her grandchildren astray.

The jobs I do now are pretty much my dream jobs but as a child, I wasn’t aware that they were career options. I spend my time writing, working as an historical interpreter and giving presentations across the English-speaking world.

I have to say Enid Blyton. I also loved the many volumes of the Chalet School series by Elinor M Brent-Dyer.

Ever since I could write I have written. Most of my younger adult life was taken up with writing academic essays and then non-fiction. I am not sure I believe I am actually a writer even now!

There is no average day. Some days I don’t write anything at all, beyond the odd email. I do work best in the morning; it is not unusual for me to be writing by 5am. 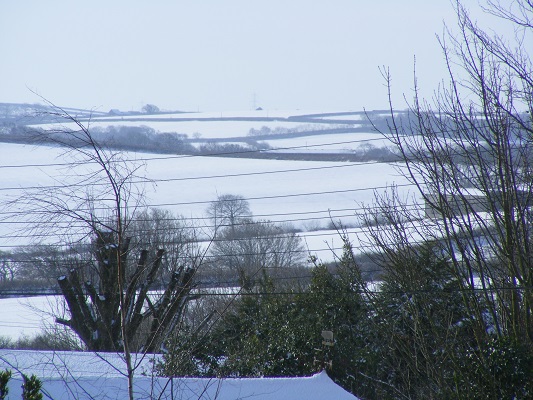 Barefoot on the Cobbles is my only published novel but I have several non-fiction books in print.

Without doubt, I am a plotter, although my plans are flexible.

In the euphoria of the armistice a young woman lay dying. Daisy had grown up, barefoot on the cobbles, in a village on the rugged North Devon coast; she was mindful of the perils of the uncertain sea. Her family had also been exposed to the dangers of disease and the First World War but for Daisy, it was her own mother who posed the greatest threat of all. What burdens did that mother, an ordinary fisherman’s wife, carry? What past traumas had led, inexorably, to this appalling outcome?

Vividly recreating life at the dawning of the twentieth century, Barefoot on the Cobbles is based on a real tragedy that lay hidden for nearly a hundred years. Rooted in its unique and beautiful geographical setting, here is the unfolding of a past that reverberates unhappily through the decades and of raw emotions that are surprisingly modern in character.

Meticulously. I am an historian first and an author second and the novel is based on a true story. The backgrounds of all the many characters and the historical context were researched in minute detail. The films that were watched in the cinema, the sermon preached by the vicar, the weather on a particular day, the experiences of the VAD nurse and many more minor points, were all based on fact.

About two years, although I stepped up the production rate over the final six months.

The local historical association had some wonderful photographs of one of my main characters, in which she is barefoot on the cobbled street of the fishing village where she grew up; hence Barefoot on the Cobbles.

They are ordinary people who, one hundred years ago, inhabited the beautiful Devon landscape where I now live. To a large extent, they are those who might have passed into obscurity had I not chosen to write about them. The book is about people; why they make certain decisions or behave in a particular way. The characters’ actions and emotions are very much a product of their past experiences.

Readers will meet the troubled daughter, the grieving mother, the tenacious fishermen and their anxious wives, the reluctant soldier, the traumatised engineer, the gauche suitor, the young people on the brink of adulthood, the shopkeepers and the servants. Then, ‘above stairs’ there is the lady of the manor and her aristocratic guests, the gentleman’s wife who is trying to maintain an illusion of affluence, her alcoholic husband and other members of the respectable middle-classes.

I quickly rejected the idea of a traditional publishing route as this is not the type of book that is high on agents’ shopping lists. I independently published through a local publishing collective ‘Blue Poppy Publishing’, who have been amazing and helped me through all the tedious and technical bits.

I continue to write articles for history and family history magazines but novel number two is the current priority.

Definitely to go back in time. Not only would it make researching my historical novels easier but as a family historian, I could ask my ancestors all those vital questions, like, ‘who were your parents?’

Not at the moment, although I am an inveterate feeder of the wild birds in my garden. 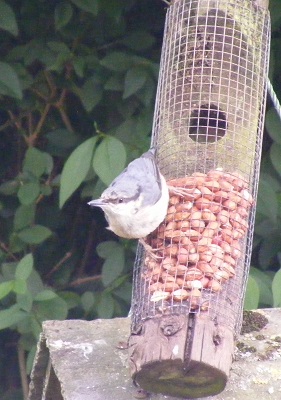 I have done the writing but it doesn’t have a title. Something like ‘She did what?’ perhaps.

I would love to play Polly but she became the main character as the novel evolved, so hardly a cameo role. Perhaps I could be Aunt Matilda, who ends up trying to escape from the county asylum.

Overseas it has to be New Zealand. I have been twice. This year I was lucky enough to be asked to lecture there. In the UK, then Cornwall, Northumberland or Scotland. I prefer the out -of-the-way places; I am not a city person.

For some reason, this conjours up visions of a certain world leader. Without wishing to get political, he wouldn’t get past the threshold!

I would like to say a big thank you to Janet Few for sharing with us details of her writing life and for a wonderful interview.