The Writing Life of: Martine McDonagh

This week on ‘The Writing Life of:‘ I am thrilled to be interviewing author Martine McDonagh. Martine will be sharing with us detail of her writing life, telling us all about her latest book ‘Narcissism for Beginners’, which was released on 9th March 2017, and answering a few fun questions too.

So without further ado I’ll hand you over to Martine 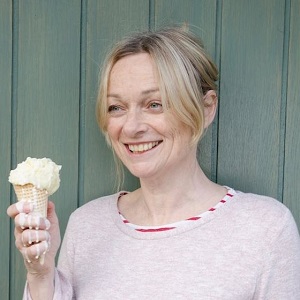 Martine worked for thirty years as an artist manager in the music industry, managing bands including James for whom she also designed their famous daisy logo.

She is currently Programme Leader on the MA Creative Writing & Publishing at West Dean College in Sussex.

It varied. When I was about eight I wanted to be a writer, then a travel writer. I would also have liked to be a singer, without particularly having the talent. By the time I got to the age where I needed to make a few decisions, I’d run out of ideas or at least didn’t have the confidence to do want I really wanted and drifted along for a while until I came back to writing.

I realised it again more seriously in my twenties, when all I seemed to want to do was write and read.

When my son reached school age, I gave up my job and went to university with a plan to take my writing a bit further, while having no idea whether I wanted to write plays, screenplays, poetry or short stories. I was sure I wouldn’t be able to write a novel.

While I was there, I took a number of short courses and by the time I finished my degree, I’d decided to continue on to a Masters and write a novel.

When I’m writing a first draft, I seem to have a natural limit of around 1000-1500 words a day. When I’m redrafting or editing I can work for a lot longer.

Yes, and I’d still like to. I don’t think my name is particularly well-suited to being remembered, correctly spelled or properly pronounced. In fact, after living with it for so long, I know it isn’t.

Probably, but they’re not strange to me…I can’t sit still for more than 20 minutes so I’m always faffing around, but it’s all part of the process…or at least that’s what I tell myself.

I always write a first draft in longhand and then put it all on the computer, but I’m planning to get a typewriter for that second stage and delay working at a computer a bit longer because I am really fed up with sitting and staring at screens.

I have loads of unpublished work. Narcissism for Beginners is my third published novel, plus I have a novel that I shelved a few years ago and plan to look at again this year. I also have loads of scraps of short stories and flash fiction knocking around. I have a couple of dodgy screenplays in boxes too.

Both. I always plot things out, but always with the knowledge that it’ll all keep changing. Having a skeleton of a plot written or drawn out in some form or another is like having scaffolding to mark out the space where the story will be.

There’s nothing more fun than going off in an unexpected direction, but the scaffolding will help to identify when it’s too far off-piste.

I think I’ve probably read most of the reviews I’ve received. It’s highly unrealistic to expect that a novel is going to be everyone’s cup of tea, but I would hope that anyone who picks it up to read it is at least doing it thinking it might be a good read.

Negative criticism is a fact of life for any artist and I think it’s best to be interested in it first and then take it on board or reject it as appropriate. Once a book’s published there’s not a lot to be done anyway so best to listen then move on.

Meet Sonny Anderson as he tips headlong into adulthood. Sonny doesn’t remember his mother’s face; he was kidnapped at age five by his father, Guru Bim, and taken to live in a commune in Brazil. Since the age of ten, Sonny has lived in Redondo Beach, California, with his guardian Thomas Hardiker. Brits think he’s an American, Americans think he’s a Brit.

When he turns 21, Sonny musters the courage to travel alone to the UK in an attempt to leave a troubled past behind, reunite with his mother and finally learn the truth about his childhood. With a list of people to visit, a whole lot of attitude and five mysterious letters from his guardian, Sonny sets out to learn the truth. But is it a truth he wants to hear?

Well, I first had the idea to write a novel about a narcissistic guru character five or six years ago and wrote a first draft, but by the end of that I’d realised that narcissistic characters are not all that interesting in their own right because they’re not particularly three-dimensional.

What was, and still is, interesting to me is the effect these characters have on the people around them and so I decided to redraft telling the story from a different point of view.

It was another couple of years before I could do that, but once I got going the whole process from start to publication was just over two years.

This is a boring answer, but they just seemed to come out of the story. Names are important though, in that they have to fit the character’s generation, cultural background and so on. And of course names usually have some kind of subjective resonance for the writer, which effects the choice, but not necessarily the reader’s response.

My main character, Sonny, has some difficulty ticking, in that he has suffered from various neuroses and obsessions and the story is about him investigating why he is the way he is.

I can’t think of any one scene in particular that was harder to write than the others, but some of the earlier flashback scenes were tricky in getting the balance of information right to keep the reader reading.

Yes, I had a few people whose opinions I trust read it at second or third draft stage. I’d never let anyone read a first draft.

I’m publishing this time through Unbound, a crowdfunding publisher. As I’d parted company with my agent and couldn’t face the time-consuming and potentially fruitless process of trying to replace them, I researched the handful of UK publishers who will accept direct submissions from authors.

The submissions process with Unbound is the same as any other publisher in that the manuscript goes out to one of their readers and they either recommend it for publication or not. Once it’s been accepted, the author has to crowdfund the cost of production and once that process is complete, Unbound behaves just as any other good publisher does.

Well, by the time NfB went into production I was already writing the second draft of the next one, which is a sequel to NfB, set when Sonny is in his mid-forties. I probably put the kettle on.

I’m still working on the sequel to NfB, but have also started researching the one to come afterwards, which I’m too superstitious to talk about yet.

I’m not sure it qualifies as food and as answers to this question goes, is probably quite predictable…chocolate. Or roast potatoes.

I’m afraid to say there are lots of films I’ve watched over and over: Hitchcock’s Rear Window, Groundhog Day (which I only watch once a year now on 2nd February), Lars and the Real Girl. Since December, I’ve seen La La Land five times.

This probably changes on a daily basis. Today it would be The Arrow and the Aim from the album Preservation by Nadia Reid.

5) If you won, what would be your first purchase?

Time. And a brace for my bottom teeth.

You can find out more about Martine by visiting the website/social media sites below.

I would like to say a big thank you to Martine for sharing with us details of her writing life, and for a wonderful interview.