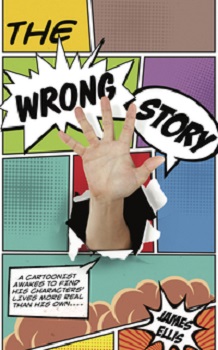 When cartoon artist Tom Hannah falls from the top of a multi-storey car park his life is saved by the market stall canopy below and boxes of bananas.

After waking up in a hospital it transpires that he is suffering from amnesia and that the day he fell has been completely wiped from his mind. He also starts seeing his cartoon characters in real life, as his imaginary and real worlds collide.

The Wrong Story is a unique novel. Tom Hannah is struggling to tell reality from fiction when his cartoon characters appear before him, even getting involved in his life.

He is also struggling to understand how he fell from the top of a multi-story car park, as he has a deep fear of heights and doesn’t have a car, so he has no reason for being up there.

I thought that the plot was exceptionally well woven together and that the whole concept of the two worlds intermingling worked well together and gave the book a fun edge. It has certainly been cleverly written.

It is also bang up-to-date, as James Ellis uses social media conversations to enhance the story and engage the reader in the plot. At times it felt that I was following real-life situations being talked about on Twitter.

This is an entertaining book that kept me intrigued from beginning to end. I was as eager to find out how Tom fell, as much as he was. If your looking for something different to read, then this book would be perfect.

James lives near Bath and writes fiction. His first novel, The Wrong Story, was featured on Hookline’s Discover New Writers page and was published in March, 2017, by Unbound Books. He is currently editing his second novel. He has had a number of flash fiction and short stories published as well as a travelogue of his journey through Central America.

James is a member of the Society of Authors and the International Flann O’Brien Society. 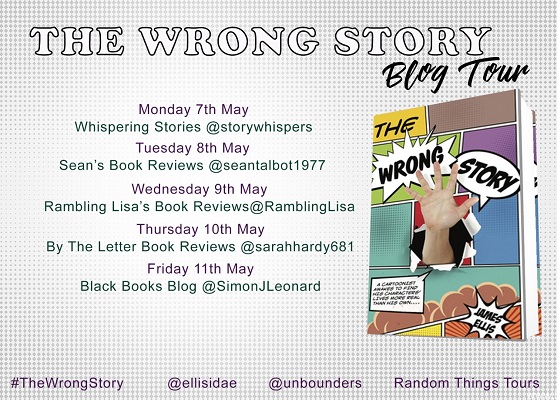