LAUREN IS CRYING.
LAUREN IS EXHAUSTED.

Behind the hospital curtain, someone is waiting . . .

Lauren is alone on the maternity ward with her new-born twins when a terrifying encounter in the middle of the night leaves her convinced someone is trying to steal her children. Lauren, desperate with fear, locks herself and her sons in the bathroom until the police arrive to investigate.

When DS Joanna Harper picks up the list of overnight incidents that have been reported, she expects the usual calls from drunks and wrong numbers. But then a report of an attempted abduction catches her eye. The only thing is that it was flagged as a false alarm just fifteen minutes later.

Harper’s superior officer tells her there’s no case here, but Harper can’t let it go so she visits the hospital anyway. There’s nothing on the CCTV. No one believes this woman was ever there. And yet, Lauren claims that she keeps seeing the woman and that her babies are in danger, and soon Harper is sucked into Lauren’s spiral of fear. But how far will they go to save children who may not even be in danger? 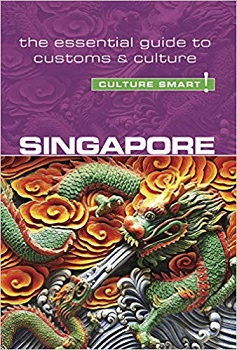 Culture Smart! Singapore will introduce you to the rich and varied customs of this densely populated island-state. It describes its private, social, and business life, and tells you what to expect and how to behave in unfamiliar situations. In doing so it offers you a fuller, more rounded experience of this fascinating, conservative, can-do society.

Singapore is a land of immigrants. Although the Chinese are by far the largest ethnic group, it is more of a salad bowl than a melting pot, and has never had a dominant culture or a single language. It is, however, possible to recognize a common identity that has emerged since independence in 1965.

With no natural resources, the newly independent state invested in education and trade, and today this clean, sleek, air-conditioned nation is a global financial centre that makes much of the West seem third-rate. Singaporeans are hardworking, goal-focused individuals who are both enterprising and modern. They love noise, colour, and shopping, and are proud of being high maintenance and competitive. Yet behind this consumerist façade is a deep respect for family and hierarchy, political passivity, and a fear of losing face. They often use two Hokkien words to describe themselves: kiasu and kiasi, that is, a fear of missing out and a tendency to be risk-averse.

Culture Smart! Singapore describes how locals interact with each other and with outsiders, and tells you what to expect and how to behave in unfamiliar situations. For foreigners the culture shock can be subtle. Despite its Western veneer this is definitely an Asian city, and it is easy to make mistakes. Any open expression of anger is frowned upon, and while questions about politics will be met with silence, expect to be asked everything, including your salary.

Reading Next – Shades of Justice by Carolyn Arnold 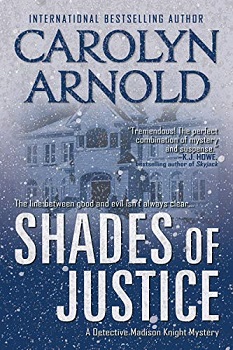 The line between good and evil isn’t always clear…

Detective Madison Knight has risked her badge—and her life—in the pursuit of justice before, and she just might need to do so again. Two victims are found murdered and naked in the home of Steven Malone, who is the largest contributor to the Stiles PD. One victim is his wife. The other victim is a John Doe. This high-profile double homicide immediately pits Madison against her sergeant, who seems more intent on protecting the Malones’ reputation and retaining a benefactor than catching a killer.

Madison will need to pull on her tenacity and courage if she’s going to follow the evidence without prejudice. In the process, it becomes clear that finding justice isn’t always black and white, and often the shades in between tell the fullest story—and it’s not something she will forget anytime soon.